vRA allows you to speed up the process of delivering the infrastructure & applications without manual intervention by maintaining the security & control. It allows you to setup anything as a service in your private cloud of vSphere. vRealize Automation provides you a secure portal where administrators, developers, or business users can request new IT services and manage IT resources, while ensuring compliance with business policies. Requests for IT services, including infrastructure, applications, desktops, and many others, are processed through a common service catalog to provide a consistent user experience.

You can use the IaaS, Software, and XaaS features of vRealize Automation to model custom on-demand IT services and deliver them to your users through the vRealize Automation common service catalog.You use blueprints to define machine deployment settings. Published blueprints become catalog items,and are the means by which entitled users provision machine deployments.

Infrastructure as a Service (IaaS) :

vRealize Automation IaaS consists of one or more Windows servers that work together to model and provision systems in private, public, or hybrid cloud infrastructures. You can install IaaS on either virtual or physical windows server.

Model Manager: vRA uses models to facilitate integration with external systems and databases. The Model Manager provides services and utilities for persisting, versioning, securing, and distributing model elements. Model Manager is hosted on one of the IaaS Web servers and communicates with DEMs, the SQL Server database, and the product interface website.

Distributed Execution Manager: The IaaS DEM component runs the business logic of custom models, interacting with the IaaS SQL Server database, and with external databases and systems. Each DEM instance acts as a worker or orchestrator. DEM worker has one function to run workflows. DEM Orchestrator performs many functions such as Monitoring DEM workers, Schedule workflows, Preprocesses workflows before they run & many other functions.

IaaS uses a Microsoft SQL Server database to maintain information about the machines it manages, plus its own elements and policies. You can use the supported version MSSQL server to configure the database for vRA.

vRealize Automation has 2 types of deployments available which are Minimal & Enterprise deployment. Which you can choose while installing the vRA.

Enterprise Deployment: Distributed enterprise deployments can be of varying size based on your requirements. It requires redundant appliances, redundant servers, and load balancing for even more capacity. Large, distributed deployments provide for better scale, high availability, and disaster recovery.

Below is the Architecture diagram of Enterprise Deployment from VMware Documentation:

For System requirements you can check the VMware Portal because vRealize Automation is very large solution & which requires the system resources based on your deployment type & resources.

This was the quick overview of the vRealize Automation, There is much more to functions and features are available which you need to check more on the VMware documentation for detailed information.

Note: This information is related to vRealize Automation 7.6 so if you are using the later version then there may be different functions & features available. 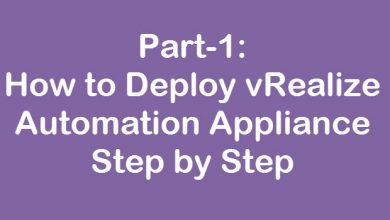 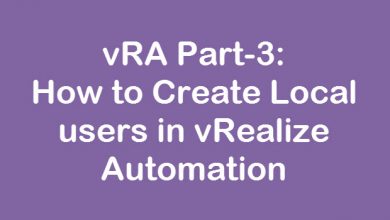 vRA Part-3: How to Create Local users in vRealize Automation 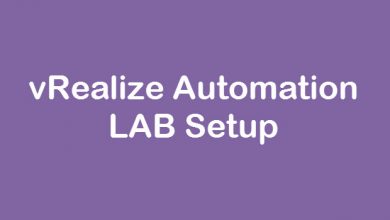